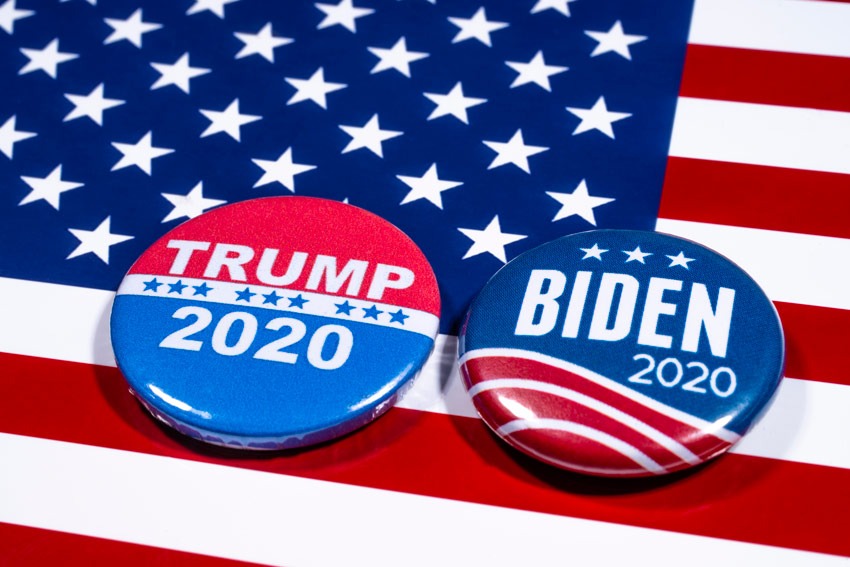 Why is America getting split apart? What is the underlying cause of the division, the root of the issue, the heart of the rift that is visibly growing between left and right?

If you ask a Trump supporter or a Trump hater, they would give you one of a myriad of answers, but the bottom line, as far as we’re concerned, is trust in authority.

Trump’s supporters want him in office, because they trust him. They have no faith in career politicians at all; there’s a growing number of Americans, Europeans and other westerners, who have come to the conclusion that career politicians are bought and paid for, represent interests that are not those of the majority of Americans and are colluding with foreign interests to globalize and to strip the rights of the average person. In developing nations, where distrust in government is the norm, this seems obvious, but westerners somehow forgot that governments have historically been a hindering force, not a liberating one.

If the media calls these anti-establishment ideas conspiracy theories, then Trump supporters consider it a way for the mainstream media to delegitimize what they think in their heart of hearts to be true, thus they don’t panic when the media attempts to debunk anything.

They simply do not trust the mainstream media at all.

My purpose is not to debate whether they’re right or wrong; it is to show that in today’s world, there are tens of millions, if not hundreds of millions of people, who have either zero faith or well below average confidence in their elected officials, whom they deem as crooked and working to enslave, deprive and censor them.

These issues are not to be brushed off and they’re not only shared by people on the sidelines or fringes of society; conspiracy theories once deemed as “nuts” have come to fruition, and now a great many feel enlightened about the nature of politics, big business and the deep state and the relationships that form between global interests.

As long as the system was reasonably working for most, they just sleepwalked through life, not caring about these issues, which have been known to many of us for decades. The ignorant were blissfully enjoying the invisible cage.

You and I have known about the elites, the deep state agenda, illegitimate warfare, global interests and secret societies for a long time; now there are many more who do, since the tragic comedy that is politics is much more visible to us. We can see their mistakes, their lack of self-discipline, their hypocrisy and double standards.

Criticism is labeled as spreading fake news and is censored; it’s a thin line that tech giants are walking on.

Wealth Research Group does not believe that these dividing issues are going away whatsoever; trust is impossible to rebuild, once it’s fully lost. Permanently shutting down Trump’s Twitter account may end up being a disastrous decision for this country.

While calls for impeachment have been made and articles have already been drafted, Trump is talking about building his own communications platform.

As I said before, it’s difficult to publish our letter without getting comments from both the left and the right, arguing their case.

Our mission is to analyze the politics and then translate it into finances.

In the end, being an efficient person requires handling YOUR BUSINESS, even in the midst of social crises. Stay disciplined about your affairs first; nothing is more important than realizing that being the best version of yourself is the most effective thing you can do for others.

Can Technology Solve the Dilemma of Hiring?
Scott ShearinFebruary 2, 2023

Rodrigo Loureiro Your Host and Guide on Your Journey on Cyberverse