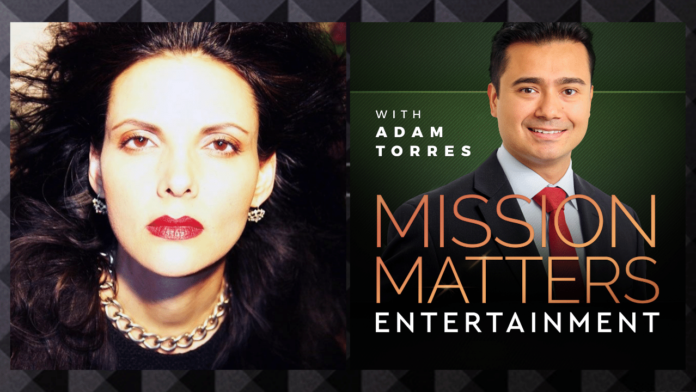 It’s important for creatives to have alternatives to the traditional hollywood model. In this episode,  Adam Torres and Ana Lucia Alves, Founder and Producer at CineTribe, explore the future of CineTribe.

Ana Lucia lives between Paris, Yucatán and London; where she runs her film production company ‘Yoga Maya Ent., CineTribe.club & the ‘Vedic Times’.. She is a polyglot: Portuguese, English, French, Italian and Spanish. Ana Lucia studied architecture and computer engineering before entering the Fashion world and the Film industry. She was born in Brazil but lived most of her life in Europe. She became a sensation as the first Brazilian model to appear in the cover of an international magazine, spending then, many years as a supermodel working around the world at the top of her profession. While modeling, she studied dramatic arts in Paris and LA, realized a few successful documentary films and became the mother of a boy. Ana Lucia is today an Actor/Producer/Documentarist/Yogi/Humanist/Mom. Charity: Ana Lucia was chosen to feature in the book ‘Confession to a Serial Womaniser’: Secrets of the World’s Inspirational Women’​. For the occasion her painted portrait was exposed at the National Portrait Gallery in Trafalgar Square, London.

She produced/executive produced/featured in a number of documentaries as the award winning, ‘A Star Named Ayrton Senna’​. She also produced ‘Race is in my Blood’​, ‘O Samba’​, ‘Hold On Peon’​, ‘Skank’​ and ‘Blue Planet – The Great Barrier Reef and The Coral Sea’​. While shooting underwater scenes, she had exciting encounters with sharks and other amazing sea creatures. Formula1 years: Ana Lucia traveled around the world’s F1 circuits, interviewing and photographing Ayrton Senna amongst other drivers, for the upcoming racing sports documentaries she was working on. She has lately produced and acted in a few dramatic short films shot in London, such as ‘Losing Lola’​, ‘The End of All Things’​, ‘Release’​ and ‘Continuum’​. Amongst other projects now in development and pre-production, she is working on her passion project ‘Amazonia – Out of the Dark’​, a very anticipated documentary on the hopefully evitable crisis on the Amazonia Basin.

Her first feature film ‘Time to Die’ is #ComingSoon

Author Ronit Plank Releases When She Comes Back: A Memoir

The Uma Show with Rita Kakati-Shah