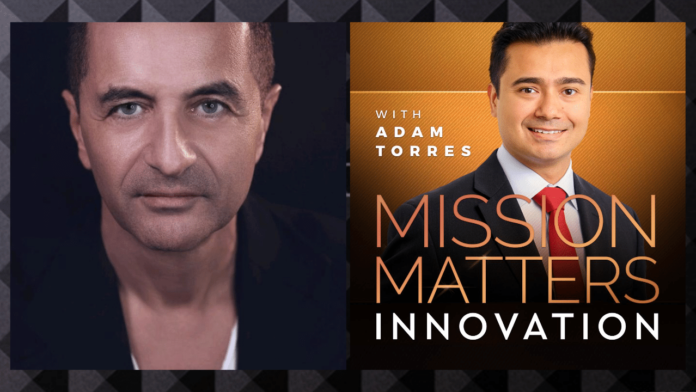 Emotion synthesis is making it possible for AI and robots to have another level of communication. In this episode,  Adam Torres and Patrick Levy-Rosenthal, Founder & CEO of Emoshape Inc, explore how Emoshape is creating the “heart” of AI and robots.

A Revolution In Human Emotion Through Artificial Intelligence.

Emoshape Inc. is owned and run by entrepreneur Patrick Levy-Rosenthal, who currently lives in New York. He grew up in Paris. He is presented to the Artificial Intelligence council of the United Nations, he has won the IST Prize from the European Union and has been written about in Forbes magazine. TEDx speaker, his 2006 worldwide-acclaimed invention, Virtual Lens, is used today by more than 1.3 billion people daily in Snapchat and Instagram. Emoshape is ready to have a massive impact changing not only the deviceless that we interact now but for many more we will interact in the future. He moved to NYC to work and develop his passion and ideas surrounding bio inspired emotion synthesis. He studied the relationship between cognition and emotion, the root of the cognitive processes underlying each emotional response, emotions synthesis and the influence of emotion on decision making. Patrick has developed a new generation of microchip named EPU (Emotion Processing Unit) for Ai and Robots and the world’s first Al that can feel 64 trillion possible states every 1/10 of a second.

Close your eyes and imagine a technology to teach objects how to interact with humans in order to yield a favorable result. Emoshape technology presents a new leap for artificial intelligence on all fronts especially in the realm of smart phones, toys, robots, computers, and other major electronic devices with applications in Artificial Intelligence, Medical, Biometrics, Financial, Defense, Gaming and Advertising.

A microchip that enables an emotional response in AI, robots and consumer electronic devices

EPU II is the industry’s first emotion synthesis engine. It delivers high-performance machine emotion awareness, the EPU II family of eMCU are transforming the capabilities of Robots and AI. Emoshape has completed the production of the first EPU (emotional processing unit); a patent pending technology which creates a synthesised emotional response in machines. The groundbreaking EPU algorithms effectively enable machines to respond to stimuli in line with one of the twelve primary emotions:  anger, fear, sadness, disgust, indifference, regret, surprise, anticipation, trust, confidence, desire and joy. The Emotion recognition classifiers achieve up to 98 percent accuracy. The EPU represents a significant advance for AI, particularly for smartphones, toys, robots, android, computers, and other major electronic devices.

25 years of AI in Debt Collection with Ranjan Dharmaraja