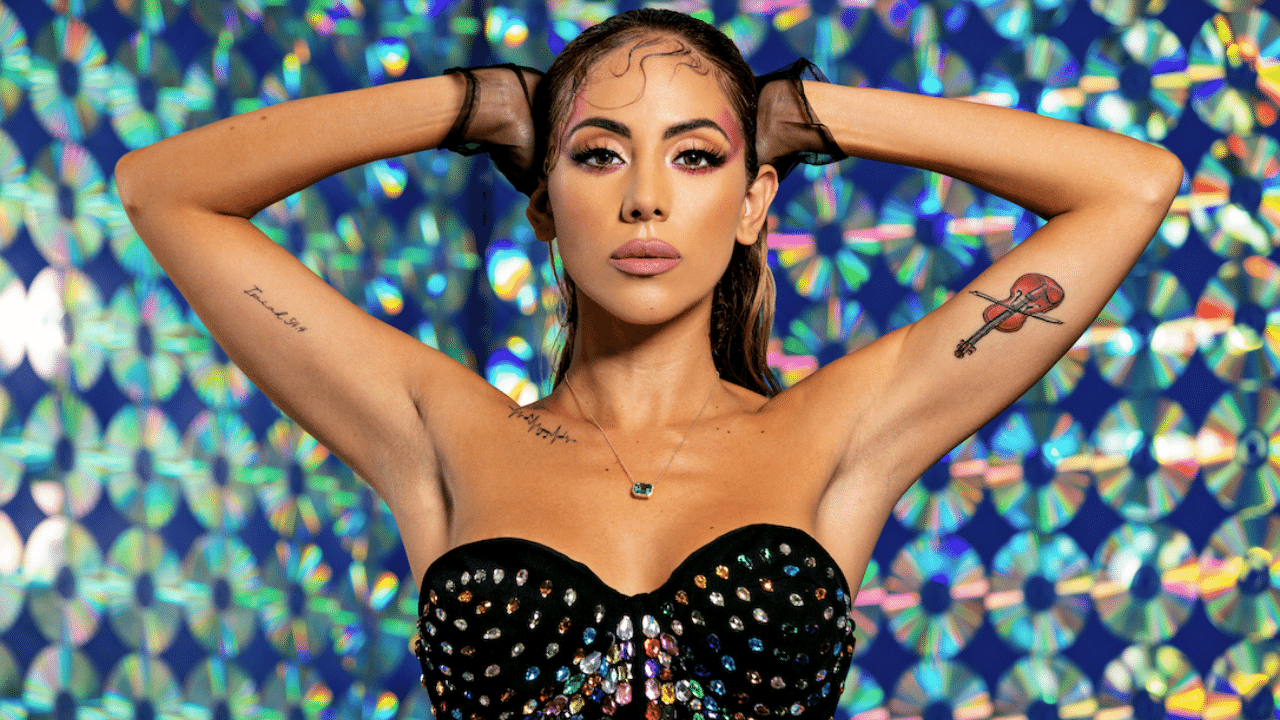 As an accomplished DJ, Esther has opened for a host of award-winning artists, such as Zedd and DJ Snake. As a violinist, she has also performed alongside world-famous musicians, including Kanye West and Rihanna at the 2011 NBA All-Star Game. In 2018, she was the show opener for the 21-city Maluma European Tour. A year later, she performed in her home country for the first time since emigrating and opened for Mexican singer-songwriter Ana Gabriel. Most recently, Esther joined Lunay and Ricardo Montaner at the 2021 Monitor Latino Music Awards.

Esther Anaya’s versatility sets her apart. She is a crossover artist who has collaborated with musicians in both the Latin and EDM industry. In early January, she will release her new single, “Lost in Paradise,” which she wrote and produced. It is recorded in Spanglish (Spanish and English), signifying her hope to be a cultural bridge.

Everywhere she goes, Esther embraces her Colombian roots. She and her family moved to the United States in 2002 to seek political asylum.

Esther described that when moving to North America, “The only thing I brought with me was my violin and my luggage.”

A part of a musical family, her father is a singer and composer while everyone plays an instrument. Since the age of 7, Esther has been classically trained in violin and vocals.

“Music growing up was the way of keeping my family together,” said Esther.

Beyond the stage, Esther Anaya runs a nonprofit called the ASAF Angels. Her organization provides musical instruments and quality music education to less privileged communities in Colombia, Mexico, and the United States. She is passionate about giving back and sparking young people’s love for music.

Esther reflected, “I want my legacy to be music that actually inspires and highlights the good values of the people and the generations. I want to make uplifting, feel good music and break the rule that the violin can only be played as classical. I’m taking it beyond. You don’t have to follow the rules and limit yourself. I want to inspire people to follow and capitalize on all their talents. You can do it all if you don’t limit yourself and give up!”

What business idea will we choose next?
Matthew Gardner and Olga KorchygaMay 19, 2022

What business idea will we choose next?

We Have to Remain Relevant

Balancing Life as a Mom-treprenur (or parent)

May 18, 2022
We use cookies on our website to give you the most relevant experience by remembering your preferences and repeat visits. By clicking “Accept All”, you consent to the use of ALL the cookies. However, you may visit "Cookie Settings" to provide a controlled consent.
Cookie SettingsAccept All
Manage consent