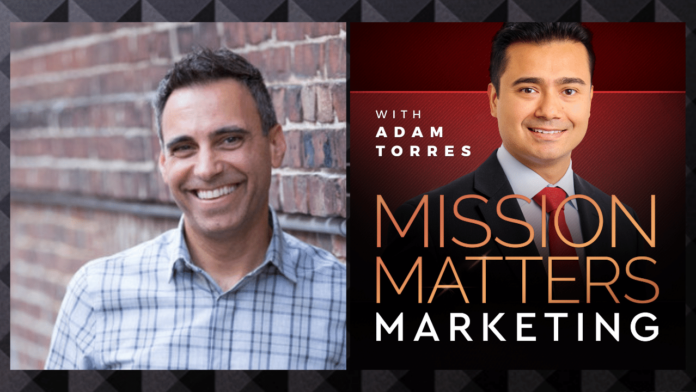 PodMax is on a mission to bring podcasting to the masses. In this episode,  Adam Torres and Josh Cary, Co-Founder of PodMAX & Podcast Host and Founder of Hidden Entrepreneur, explore PodMax and how it’s growing the podcasting community.

He helps you remove that NOISE in your head through the same 5-step process (N.O.I.S.E.) he used to adjust the score; Fear: Zero. You: Won. Helping entrepreneurs ‘unmask’ themselves, and reach the level of success they so desperately crave. Josh is the Hidden Entrepreneur. That is because he spent 4 decades, hiding the best parts of himself. He showed up in every situation of life, personal, social, and business as the person he thought others expected him to be. He would HIDE his power. While also ignoring and resisting his skill, talent and ability that was desperately trying to surface. He wasn’t strong enough to allow it into the world. He used all his strength to keep true ability at bay! So it remained hidden for years.

He allowed all others to help him perpetuate the false story and belief that he held as truth: That he is not valuable or capable, and nobody cares what he have to say or contribute. That was his public persona. His private persona, alone and behind closed doors, secretly knew a different story. He knew deep within himself that Josh Cary was very capable, very valuable, and had a great deal of power and skill to contribute. But because he sold himself that false story for so long, he had no choice but to keep that version alive and continue to hide his power.

This dynamic created an ever-present emotion of anger, confusion, and frustration. He saw others doing the very things that he wanted to be doing. That he could be doing. That he should be doing. But he wasn’t doing it. Relationships suffered as he spiraled into despair and depression. He felt continually more and more isolated and disconnected from the world around me, and more disconnected from his true self. Today, he work as a digital media and creative consultant, with the uncanny ability to bring the human side out of each person and life now works a whole lot better.

How Talent Resources has Shifted with Michael Heller