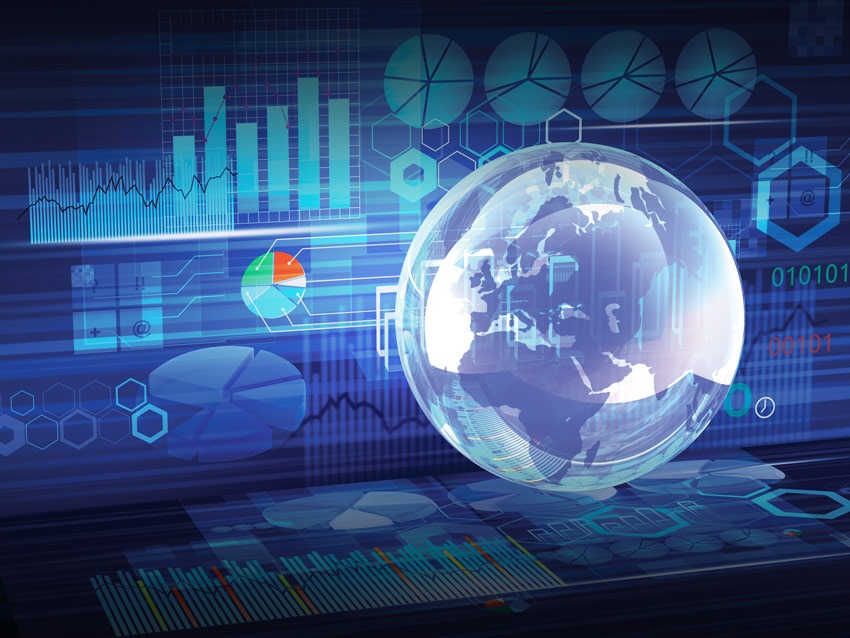 Just like Enron, Pets.com, and the bombastic AOL/Time Warner merger bid signify the Dotcom paradigm shift, and as Lehman Brothers, AIG, and Fannie and Freddie are the symbols of the Great Financial Crisis of 2008, so does GME and Reddit’s WallStreetBets fiasco represent the idea that emerging tech has become a massive bubble.

We said it, hedge fund titans like Ray Dalio put it on paper, Buffett and Munger warned about it and, indeed, this sector has now seen a severe sell-off!

The non-profitable tech bubble is popping and this is not a regular correction. The air has leaked out and it won’t be inflated back, since people’s eyes have been opened to the downside of buying speculative growth companies, paying premiums that portray a perfectly smooth future.

You’ll notice that while the emerging tech bubble has been crashing by -20%, -30% and even -50% in just the past 2-3 weeks, the technology companies that are valued, based on fundamentals, have not suffered the same fate.

Classically, assuming this is part of the grand rally and looking to buy the “dips,” people crammed in, putting new monies and got burned!

Valuations don’t matter until they do, until market conditions change and then one is forced to look at what he owns, at the businesses he chose to purchase, and sees that they are companies that are only rallying because of some short-term anomaly, not a long-term sustainable backdrop. Said differently, this bubble popping means that most of the damaged equities that are now by -30%, -40% and -50%, will now be viewed with open eyes and won’t go up to their previous eyes, unless their fundamentals fit the bill (that might be 5-10 years away!).

As you can see, the appetite of millennials and Gen Z demographics to own equities isn’t over by a long shot. They plan to put their just-approved stimulus checks in the markets. As we’ve been showing, the bubbles are in pockets, in niches, not with the overall stock market.

In the past three weeks, though, some real damage has transpired, since close to $500bn has flowed into equities in this correction. Playing with fire certainly comes with the high probability of getting burned.

This will continue to drive funds into bonds, but not enough to scare away millennials and Gen Z and not enough to change my own mind, to be honest, which probably means that there are others like me. Bottom line, stocks won’t crash just because the 10-yr bond yields 1.56%, compared with 0.6% at the March lows.

The NASDAQ is now negative for 2021 and has entered an official correction (-10%), same as the S&P 500. After Powell’s speech on Thursday, I texted one of the best hedge fund managers I know and told him, “What Powell did was to flush out any remaining sellers. He basically acknowledged that this sell-off in crazily-valued tech was a justified response to the changing climate and I think that the worst is behind us. We might get another puke on Friday, but don’t be surprised, if bulls regain control or at least give bears a fair fight.”

Sure enough, mid-Friday, the reversal came and it was aggressive. I don’t know if the rebound will immediately accelerate, as the market opens tomorrow, but I can tell you that I’ve been buying heavily myself and will proceed to do just that with my favorite stocks. The tactic of buying equities in corrections is to accelerate, as the pain extends.

I plan on issuing a full report with these purchases on Tuesday, as well as announce two major positions I’m just now entering.

We don’t think that markets are headed towards a total meltdown and, if anything, we take the contrarian view that investors aren’t yet fully aware of how strong and healthy the recovery will be.

If I am to compare this period to others in history, I find many similarities to 1945, after WW2 ended – the world reset and sensational stimulus commenced everywhere.

Take something off my plate with Patricia Bagley
Lea SmithNovember 24, 2022

November 24, 2022
We use cookies on our website to give you the most relevant experience by remembering your preferences and repeat visits. By clicking “Accept All”, you consent to the use of ALL the cookies. However, you may visit "Cookie Settings" to provide a controlled consent.
Cookie SettingsAccept All
Manage consent