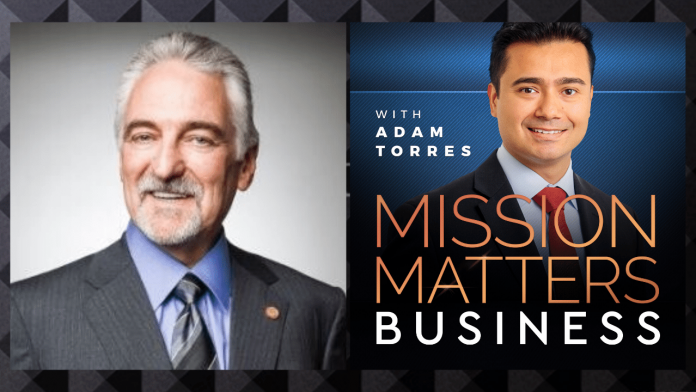 Networking has been one of the driving growth activities responsible for the success of many businesses. In this new normal of online networking is it possible to still prosper? In this episode,  Adam Torres and Ivan Misner, Founder & Chief Visionary Officer of BNI (Business Network International), explore networking in the new online environment and how BNI has used technology to help its members thrive.

Dr. Ivan Misner is the Founder of BNI, the world’s largest business networking organization. Founded in 1985, the organization has thousands of chapters throughout every populated continent of the world. Each year, BNI generates millions of referrals resulting in over billions of U.S. dollars worth of business for its members.

Dr. Misner’s Ph.D. is from the University of Southern California. He has written more than 24 books, including his New York Times Bestseller, Masters of Networking, as well as his recent #1 bestseller, Who’s in Your Room. He is a monthly columnist for Entrepreneur.com and he has taught business management and social capital courses at several universities throughout the United States.

Called the “Father of Modern Networking” by CNN and the “Networking Guru” by Entrepreneur magazine, Dr. Misner is considered to be one of the world’s leading experts on business networking and has been a keynote speaker for major corporations and associations throughout the world. He has been featured in the L.A. Times, Wall Street Journal, and New York. Times, as well as numerous TV and radio shows including MSNBC, CNN, CNBC, the BBC, and the Today Show. In addition, he is a recipient of the John C. Maxwell Transformational Leadership Award.

Established by Dr. Ivan Misner in 1985, BNI is the world’s largest business referral network. BNI has over 270,000 small to large business members, in over 9,400 chapters across 70 countries. We are a global company with local footprints. Our proven approach provides members a structured, positive and professional referral program that enables them to sharpen their business skills, develop meaningful, long-term relationships, and experience business growth. Visit BNI.com to learn how BNI has impacted the lives of our members and how it can help you achieve your business goals.