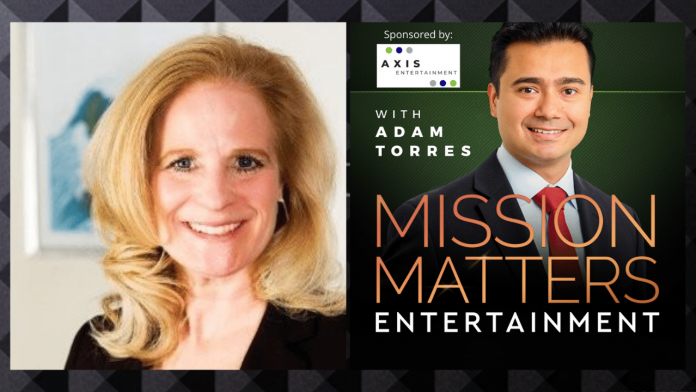 Adam Torres and Allison Dollar discuss the next generation of TV.

The next generation of TV, streaming, advanced advertising, and interactivity are creating opportunities for big brands and small brands alike. In this episode,  Adam Torres and Allison Dollar, CEO at ITV Alliance and Chair of The Los Angeles Venture Association Digital Media Group, explore the next generation of TV and what brands need to know.

Dollar is a recognized expert in digital media and a longtime champion of interactivity, specializing in accelerating early stage ventures. As CEO of the non-profit ITV Alliance, Allison Dollar has built a community representing leading Fortune 1000 corporations in interactive television, spanning advertising, programming, technology and distribution.

Dollar chaired NAB’s Executive Committee to launch Multimedia World, and sat on the TV Academy’s interactive media peer group executive committee and was a Blue Ribbon juror for the ITV Emmys. She regularly programs sessions for NATPE, NAB, CES and moderates at many industry events, such as Digital Hollywood. She was also the Executive Director of the Mobile Excellence Awards.

Her book published by NAB’s Focal Press, “Interactive Television: Tracking an Emerging Market,” analyzes the historic reworking of the television industry. She co-founded eTV World and Hollyweb conferences, which complemented her role as Executive Producer at PBI where she led online strategy for 40+ PBI media publications, including CableFax, Film&Video, Interactive Video News, and Interactive Daily. Prior, she contributed to the James Agee Film Project, CBS affiliate WBAL and the Maryland Film Commission. Dollar’s M.A. is from the University of Virginia.