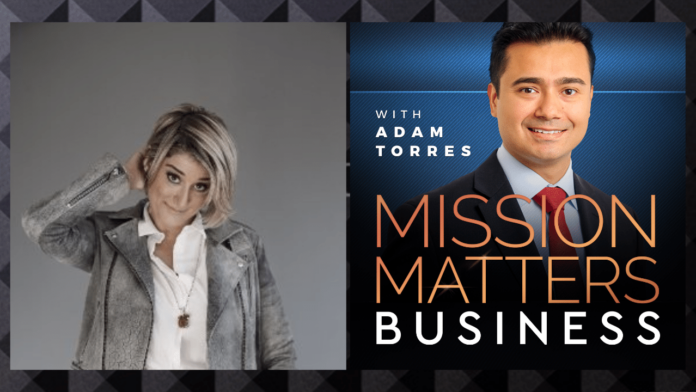 Virtual innovation is reaching across all sectors including education. In this episode,  Adam Torres and Kim Rocco Shields, Founder and CEO at Genius Produced, explore virtual education and how Hollywood can help with innovation going forward.

Kim Rocco Shields is an internationally acclaimed and award-winning filmmaker, EdTech entrepreneur, and CEO of Genius Produced. Shields’ Genius Produced is a thriving Los Angeles-based film and media production company and studio, and it is home to the educational media organization Genius Produced Ed, a major producer of visual and interactive content for some of the most prestigious universities in the world.

At Genius Produced Ed, Shields has assembled an all-star roster of creative and educational professionals to develop an incredibly effective and efficient instructional design and content production process. The plan begins with detailed research, development, and scripting efforts and, from there, they utilize cutting edge filmmaking and production techniques to generate assets that have a rich, professional look, and a feel that is on-par with anything found in film or television. The end result is an educational experience that connects with the learner on multiple levels while clearly and effectively delivering the learning objectives on behalf of the Subject Matter Expert.

Shields founded Genius Produced as a vehicle for creating social change. In addition to her work in educational media, Shields has achieved success as the writer/producer/director of the feature film Love is All You Need, which was based on her revolutionary, award winning short-film of the same name. Both films serve as stark, raw examinations of toxic elements in society, including bullying, prejudice, and injustice. The powerful film has been used by schools and organizations around the country to create conversation, generate support, and inspire change, and Shields has become an in-demand public-speaker, giving talks about the urgent need for compassion and support of young adults, especially in the LGBTQ community.

Partnering with Top Tier Institutions to revolutionize Online Learning since 2008.

Since 2008, Genius Produced has focused on a mission to solve the translation gap between traditional brick-and-mortar schooling and online education. At Genius Produced, they employ the most effective cinematic techniques and filmmaking technology to create educational content that engages, educates, and inspires. They produce over 10,000 videos per year for prestigious universities, institutions, and corporate clients. They partner with top schools, including the University of California at Berkeley, New York University, Tulane University, the University of Southern California, and the University of North Carolina.

These are not typical online slideshows or talking head lectures, either. They produce highly-engaging, thought-provoking, meticulously researched visual instructional design elements. Their university clients are now able to reach and connect with their students on a new level through the inclusion of educational activities and media that has the quality and look of something found on Netflix, the History Channel, or even on the big screen.